Another jolt for L.A. schools as civic group seeks a role in fixing school district

Upcoming partnership with LAUSD mentioned in the L.A. Times

Read the story as it originally appeared in the Los Angeles Times.

The Los Angeles Unified School District, which just two months ago saw a pro-charter school majority elected to the Board of Education for the first time, is about to get another jolt.

Philanthropist and former investment banker Austin Beutner has assembled an advisory panel to work with Los Angeles schools Supt. Michelle King. The group, which includes business, philanthropic and community leaders, will start with the nuts-and-bolts issue of improving student attendance but intends to conduct a broad review of district operations.

King has gotten mixed markss on her first 18 months as schools chief and faces new challenges from a board majority whose backers want to expand charter schools across Los Angeles. Her partnership with Beutner and other L.A. leaders could give her much-needed backing, although it also reflects continued concerns about her leadership.

The task force has no official standing at the school district and no legal authority to set education policy. King still serves at the pleasure of the school board, which could either embrace or reject her efforts with Beutner’s group.

It remains far from clear how the task force will work with the new board, whether all sides will work in harmony or end up fighting for turf.

With King’s endorsement, Beutner quietly began to put the panel together in the latter part of 2016; the full 11-member body has met twice so far, once in May and once in June.

This group is called the L.A. Unified Advisory Task Force. While some members have expressed support for charters or charter-backed candidates, organizers say the fundamental goal is to improve district-operated schools.

“The superintendent has asked us to be honest,” said Beutner, who served as a deputy mayor under Mayor Antonio Villaraigosa and was later publisher of the Los Angeles Times. “I don’t think there’s a single person in our city who doesn’t think we can do better, that our public schools can do better.”

Panel members said they will avoid the controversial issue of charters, which are privately operated and have sapped district enrollment and the funding that comes with it, exacerbating district financial problems. L.A. Unified has more charter schools than any other school system; they enroll about 16% of district students. 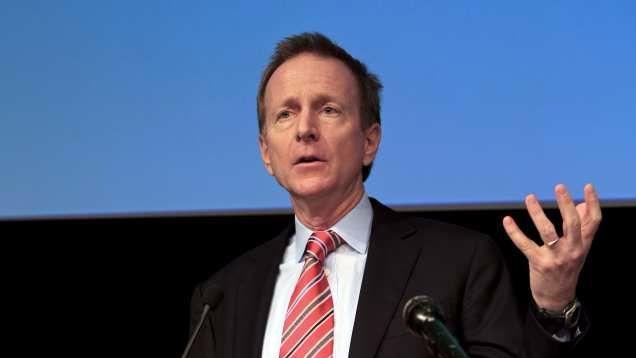 Boosting attendance is a first mission

In an interview, King made it clear that she views panel members as allies.

“I’d like to underscore that this is a partnership that Austin and I talked about to support me and the team in executing the elements of the strategic plan,” she said. “Attendance is the first thing we’re going to look at.”

Better attendance would contribute to improved learning and more state funding, which is based on students’ time in school. About 14% of district students are chronically absent, meaning they miss at least 16 days of school per year.

The district has 35 programs related to attendance, “yet at this juncture it is not clear the efficacy of any of them,” Beutner said.

The panel has raised $400,000 so far, made up of equal contributions from the California Community Foundation, the California Endowment, the Weingart Foundation and the Ballmer Group, a charity co-founded by Steve Ballmer, former chief executive of Microsoft Corp. and owner of the Clippers. An early move was to bring in Education Resource Strategies, a Massachusetts-based consulting firm with offices in San Francisco.

A make or break opportunity

If the partnership is successful, King would benefit from a new pole of influence, one that is distinct from charters and the teachers union. If King fails to impress, even with the panel’s support, her position would be weakened.

Beutner’s group could lend weight to King’s expected push for concessions from unions on salaries and benefits, a concern for L.A. teachers union President Alex Caputo-Pearl.

“If there is any aspect of the effort that blames educators for the financial problems of a district that sits within a state that ranks 46th in funding and is woefully permissive in how charters are authorized, then we’ll have problems with it,” Caputo-Pearl said.

Beutner’s initial conversation with King was last fall, set up with the help of school board member Richard Vladovic, after King unveiled a three-year strategic plan. It called for a 100% graduation rate and for the district to prepare all students for college and careers. The document was met with broad criticism; various factions called it too bureaucratic, jargony or vague, with no clear path to success.

As much as anything, these knocks were expressions of doubt about whether King, a career insider who rose quietly through the ranks, could develop and carry out a long-term strategy. Nonetheless, King also is regarded as likable, intelligent and hardworking.

Past civic partnerships with the school district have met with mixed results.

Former Supt. John Deasy did not rely on civic allies for guidance but was bolstered by their support. That helped him remain on the job until October 2014, well after a board majority leaned toward replacing him.

In 2007, then-Mayor Villaraigosa and Supt. David Brewer talked of themselves as “blood brothers” and set up weekly meetings. But the partnership didn’t last, and Villaraigosa ended up supporting Brewer’s ouster.

Leading up to the 1999 school board elections, civic leaders formed a Committee on Effective School Governance, which brought in consultants from McKinsey & Co. Their defined role was to advise Supt. Ruben Zacarias. But the consultants also reported back to the committee on the effectiveness of Zacarias’ leadership.

A civic coalition, led by then-Mayor Richard Riordan and armed with the McKinsey analysis, helped elect new board members. They soon replaced Zacarias.

McKinsey operated in secret, never publicly disclosing its involvement. In contrast, Beutner said it is important, at this point, to bring his efforts out of the shadows. 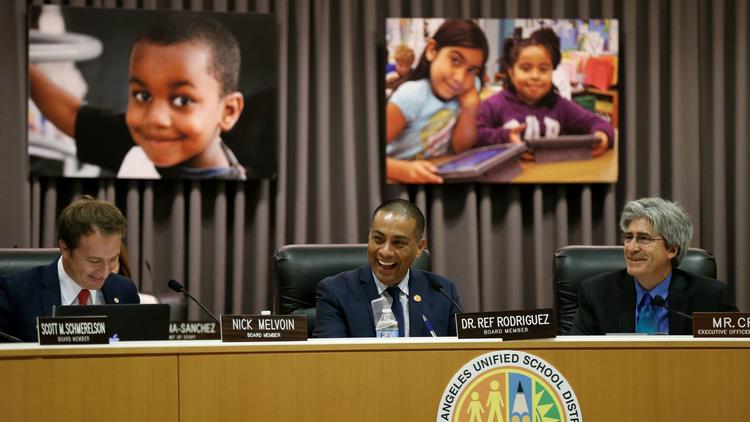 Beutner co-chaired another well-known civic panel, the 2020 Commission, which delivered a status report, along with recommendations, for the city of Los Angeles. After the release of its work, that panel disbanded. The L.A. Unified group is meant to be ongoing.

Another key member is Miguel Santana, formerly the city administrative officer for L.A. and currently head of the Los Angeles County Fair Assn. Santana recently served on a different advisory panel, which examined the school district’s financial condition. It concluded the long-term outlook was grave.

Also on the board is former L.A. city controller Wendy Greuel, chairwoman of the Los Angeles Homeless Services Authority.

Other members of the panel are: Chris Silbermann, a founding partner at L.A.-based international talent and literary agency ICM; Renata Simril, head of LA84 Foundation, which supports youth sports programs; Michael Spagna, provost and vice president for academic affairs at Cal State Dominguez Hills; and Jake Winebaum, founder and CEO of Brighter.com, a Santa Monica-based company in the dental-care field.

The lack of representation from any district labor groups concerns Juan Flecha, head of the administrators union. The panel, he said, also seems “anemic” in terms of strong educators and weighted with affluent Westsiders who might lack “knowledge of the mental health, social, and economic realities of the majority of the students the district serves.”

Beutner was publisher of the L.A. Times for 13 months. He was fired in September 2015 after a dispute with The Times’ corporate parent over the business direction of the newspaper.