According to 2017 school and student performance results, Denver Public Schools (DPS) now has a record number of high-quality schools.

After the introduction of more rigorous standards and a new equity measure, making it more difficult for schools to score a high mark, the number of schools scoring the highest ratings doubled from 66 to 122 in 2017, and the number of schools receiving the lowest rating dropped from 31 to 10. Additionally, 60 percent of DPS schools now receive the highest ratings, educating 60 percent of students. That is an improvement of 10 percentage points over the year before, and marks good progress toward DPS’s goal, laid out in the Denver Plan 2020, to ensure that 80 percent of DPS students attend a high-performing school by 2020.

DPS’s journey demonstrates how much progress a school system can make when it strategically balances urgent action with the time required to do it right.

About a decade ago, DPS enrollment was growing, particularly among students with high needs. As we described in It Takes a System: A Case Study of Denver Public Schools, the district took an "integrated approach" and redesigned central functions to be more collaborative and responsive to school needs; it also increased school flexibilities over hiring, scheduling, and spending decisions; and it created a school performance framework to increase accountability. The district also worked to include charter schools within a deliberate portfolio strategy.

This transformation has been marked by student growth in all subgroups, and a steady closing of the gap with the statewide average. DPS students now score within three percentage points of the state average in English language arts.

In the midst of a lot of doubt over whether urban school systems can consistently improve and serve all students, Denver provides a shining example of progress. 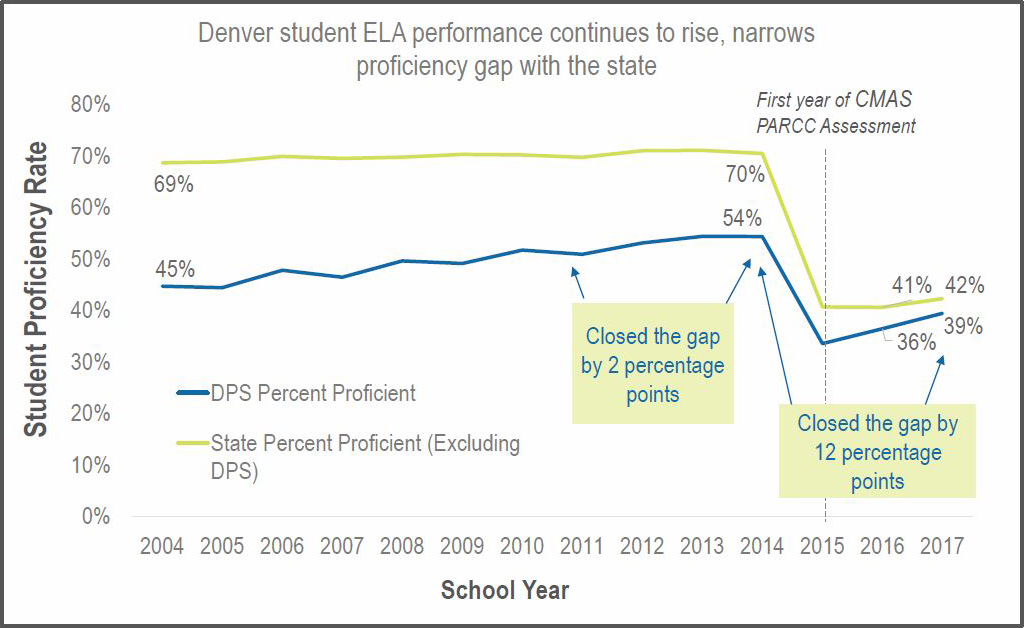