How Three Districts Are Confronting the "Triple Squeeze"

Today’s urban district leaders face a tough predicament. They devote their days to providing life-changing educational opportunities for students who need them the most, in systems with seemingly endless obstacles. At the same time, they regularly face enormous criticism, fight never-ending political battles, and sometimes endure personal harassment and even threats of physical harm. School systems are caught in the “triple squeeze”: a set of challenges they inherited and that require sustained, strategic action and political will to address. It’s time to be clear about the “squeeze” and identify ways to break out of it.

Leaders in Baltimore, Boston, and Oakland are taking steps to do this by reaching out to the community with detailed, transparent data to build coalitions and address “the squeeze” constructively and collaboratively.

What is the Triple Squeeze?

This is the triple squeeze familiar to all urban superintendents and leadership teams. To break out of it, they must reorganize resources to drive transformational improvements in student performance. This may involve tough choices like closing schools, cutting jobs, altering benefit and compensation structures, re-engineering operations, and lobbying state and local representatives to preserve spending. But leaders in three school systems we worked with are reaching out to build understanding and generate solutions.

In the past year, ERS worked with these districts to understand the student learning challenge, identify strategic investments and quantify and describe the drivers of increasing budget gaps. District leaders are engaging the community early in the process to get input on tough decisions like changes to contracts and policies, as well as building common purpose and political will to find new dollars and reallocate existing funds toward strategic actions.

Facing a $130 million deficit or roughly 10% of their overall budget, Baltimore City Schools CEO Sonja Santelises and her team are in the midst of numerous public meetings to share a detailed budget analysis with stakeholders across the city.

"This is not a layoff announcement," Santelises said. "This is a 'This is where we are, and help me figure it out' announcement. At this stage, I just need to give people an overall look at where we're coming from." The Baltimore Sun praised her proactive approach in this editorial. Notably, the editorial focused on the long-term structural challenges that need to be addressed and urged community-wide engagement in the challenge.

This is the level of detail they shared: BCPS Public Presentation of Budget Situation for 2017-2018

Boston Public School leaders face a less severe budget gap, expected at $20-25 million annually or about 3-5% of the operating budget for the coming years. They also got out in front of their resource challenges by initiating a multi-year effort to build understanding of the challenges and work toward solutions. First, the district assembled an action team to create a long-

range financial plan for the district. This team of 10 was led by Erika Giampietro (recently the Chief Financial Officer, or CFO) and included key stakeholders like the current CFO, the union president, school committee chair, principals, parents, and leaders from the mayor’s office. Together with the superintendent they released the results of this work this fall in a forum and report called, “Investing in Student Success: 10 Big Ideas to Unlock Resources in the Boston Public Schools.” Over this school year, the team will hold meetings across the city with stakeholder groups to explore these ideas further and build toward concerted action. Already, the report has led to increased understanding of the need to take on structural challenges, with The Boston Globe pledging to focus on education and the structural challenges the BPS faces as a key element of the mayor’s race.

In his last months before moving on to the District of Columbia Public Schools, Oakland Superintendent Antwan Wilson shared with the mayor, board and community the structural challenges they may face in the coming years. 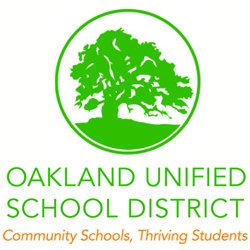 These include rising costs in areas like transportation and support for students with disabilities, while state revenue only slightly increases or levels off. The Superintendent proposed re-aligning $25 million worth of resources to invest in priority areas, such as early childhood education and educator effectiveness, and to rebuild the district reserves for long-term financial stability. His proposal included consolidation of co-located schools to reduce school-based spending on administrative costs.

After review, the OUSD school board decided to approve $14 million of reallocations, focused mostly on the central office. This allowed the district to fund some of its priorities, while deciding not to consolidate schools or rebuild the district’s reserve in the short term. While this process has not always been without disagreement—particularly, as community groups voiced concern that they were not consulted earlier on school closures—the community understands the current fiscal challenges created by the triple squeeze and has agreed to revisit school consolidation in school year 2017-2018 to ensure long-term district sustainability.

All Districts Can Confront the Squeeze

It’s a brave step for system leaders to show their hand. These leaders have carefully researched and clearly presented the facts because they know they can’t do this alone. Being transparent is the fundamental first step toward confronting the triple squeeze so that the districts can realistically make their way out of it. The challenges are historical and system wide, require community wisdom and multisector action to yield results for every child that they serve.