In 2021, Joe Trawick-Smith took a hiatus from his role as Director of Consulting at ERS to join Tulsa Public Schools’ finance team. After spending a year as Strategic Advisor to the Chief Operating and Finance Officer, Joe is returning to ERS as a Partner.

When he joined Tulsa, the district was in the midst of several, interlocking planning processes—addressing a challenging fiscal outlook, developing their ESSER plan, and launching a new five-year plan. They needed help navigating financial forecasting and planning.

We interviewed Joe to learn about his day-to-day in Tulsa and what lessons he's bringing back to ERS. 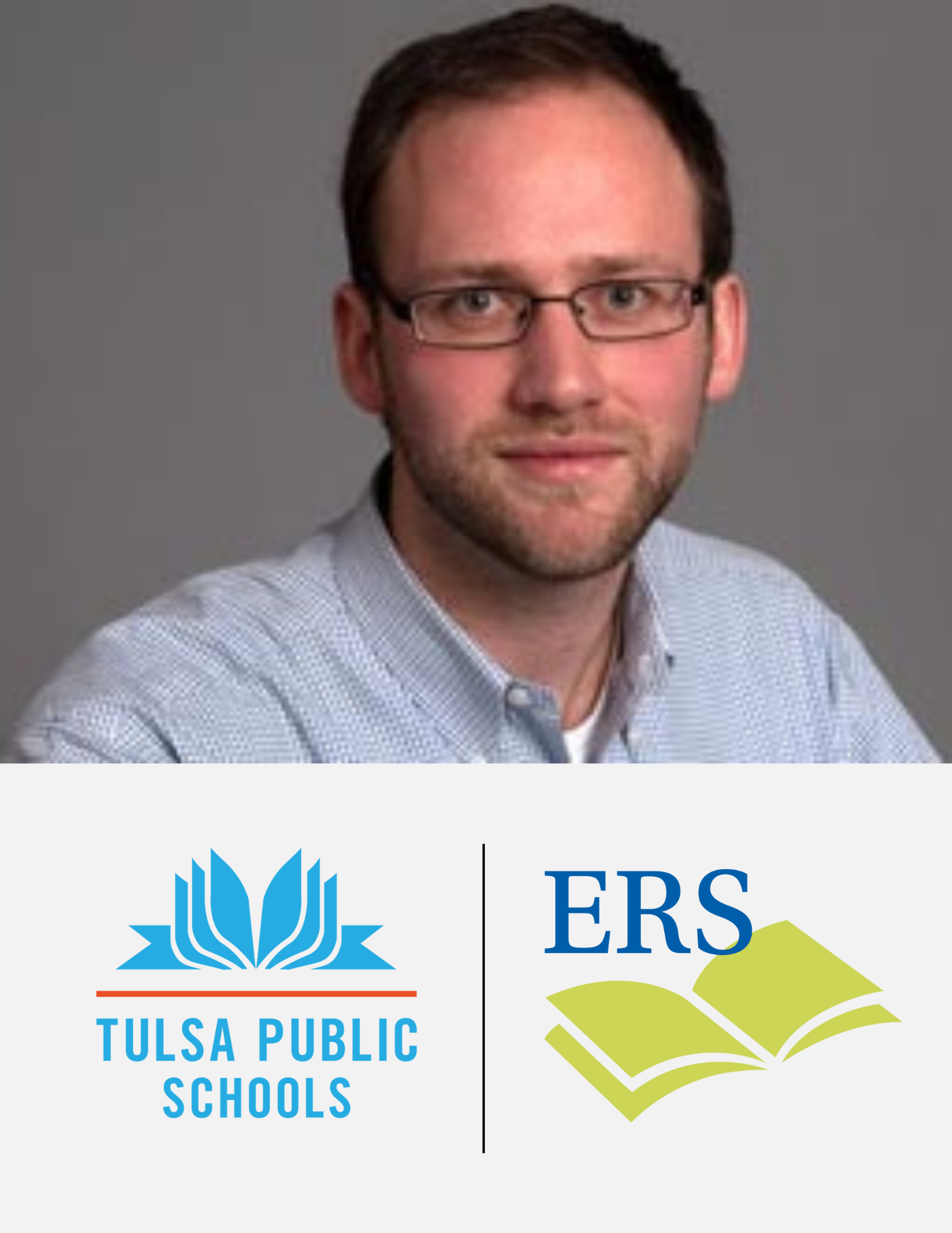 I had done a little work with Tulsa Public Schools (TPS) in the past as part of the district’s ongoing partnership with ERS. When their CFO announced that he was transitioning to Portland Public Schools, they asked if I could step in to support the finance team through a particularly challenging year, which included addressing a structural deficit and developing a new five-year strategic plan.

At the time, there was so much going on nationally and so many districts were in crisis mode. I was doing really interesting work at ERS but feeling a little disconnected from what was happening on the ground. So, I took the plunge. I talked to the ERS team about taking a year off to gain this different experience, and everyone was really supportive.

#2 | Can you talk about the major projects you worked on while at Tulsa?

When I started out, there was a lot going on, and we were still figuring out what my role would be. The CFO role had just been absorbed by the COO, Jorge Robles, so he and I figured it out as we went.

I started out by helping build some routines to enable the Super Team (the Cabinet) to understand the district’s fiscal outlook so they could make better-informed resource decisions. This meant working with the Budget Director, Treasurer, and Executive Director of Federal Programs to pull different data sets together to see what the world would look like in 18 to 36 months.

During the summer of 2021, we had looked at the numbers and estimated that the district was going to see a pretty sizeable deficit by the 2022-23 school year. By November, though, we saw that we were going to spend way less than we originally thought for the current fiscal year, mostly due to incredibly high vacancy rates. Having those routines in place allowed us to get out in front of that and ultimately bought us some time to think intentionally about our resource plan. This didn’t mean the pressure was off, but it gave the team some much-needed breathing room.

#3 | How did this fiscal planning work connect to TPS' five-year strategic plan?

The goal of my work was to try and develop a multi-year resource plan for the district that would support their five-year strategic plan, which involved a huge amount of work. The team spent months capturing the board’s goals and guardrails, identifying strategy owners who could shape the plan, understanding what the plan’s underlying initiatives should be, and outlining the school-level work and expectations for the next year.

As the strategic plan became clearer, the finance team was able to think about how TPS needed to shift resources to make it happen. In practice, this meant having hours of conversation to clarify district strategy, quantifying the cost of implementation, and iterating with strategy owners on what was possible and fiscally sustainable. For example, what kinds of investments are required to set up robust, multi-tiered systems of supports in schools? How should small and high-need elementaries be staffed differently to ensure their needs are fully met? These were some of the important questions we tackled through this work.

#4 | What were some of the challenges of this work, and how did you approach them?

People don't always realize the sheer volume of things that districts do each day, as well as the requirements and constraints that are placed on them.

Imagine you’re in a stadium with thousands of people, and you're all trying to work together on the same thing. And, as a district leader, all you have is a bullhorn.

You need to be really careful about what you say and how you say it. You need to make sure you have a foolproof plan before you begin implementation, otherwise you’ll introduce confusion and change won’t happen. That’s not just a Tulsa challenge. It’s a public school system challenge.

Another huge challenge is making decisions. Like most school districts, Tulsa has incredibly smart people with strong opinions about what “good” looks like. Before you can move forward with anything that's going to affect schools, students, or families, you need to work across different teams to shape a clear, singular plan. It takes months of deliberate heads-down work and collaboration. The Tulsa team put in that work—often committing hours outside of regular work hours and on weekends.

#5 | What did you learn from working with TPS?

Our beginning is always their middle. There are always initiatives already underway, and if you want to influence the outcome as an outsider, you need to pick up where the district is leaving off. You can’t just start from scratch. That has very much impacted the way I approach my work at ERS: I try to always listen before recommending.

The people that work in school districts are some of the smartest that you'll ever meet. Some have been working on these issues for years, but they face very real constraints.

I’ve come to realize that the work is not just figuring out what to do, but how to do it. That means thinking several moves ahead and determining what else in the system needs to change for an idea to work—whether that’s changing the bus schedules, adopting new data systems, or adjusting the school funding model or master schedules.

I also learned a lot about the importance of having fun. The work is so hard, but the Tulsa team has a great spirit and sense of humor, and I don’t think they—or any district—could keep doing this really dificult work without finding joy in it. I think that’s an important lesson for anyone working in this challenging field.

#6 | What are some of the new projects you've picked up since returning to ERS?

I’m also transitioning to a take more of a lead role in supporting our CFO network, which I’m thrilled about.

I’ll be thinking about what else we can do to prepare the next generation of financial leaders in public education.

We have a lot of ideas floating around, including bringing finance teams together for planning retreats and helping them plan for the budget season. We’re also thinking about creating a certification program for CFOs to learn how to have a strategic mindset. There's a lot underway, so I’ll be doing increasingly more work in this area over the next year.