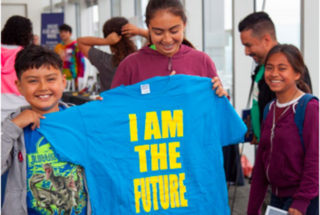 The first study found that LA Unified has been slow to get increased state funding to the schools serving students with the highest needs, particularly in elementary and middle schools. The fourth annual “Report Card Progress in Los Angeles Schools: Rigor, Fairness, and Engaging Families,” released by United Way Greater Los Angeles and UC Berkeley, indicates that district officials may not be meeting their legal obligation in allocating the money generated for that purpose.

After four years of state legislation that shifts billions of dollars to students with the highest needs, LA Unified “has taken just tiny steps in funding needy schools” and lacks a plan to change that, the study says.

“We continue to see little fairness in how LAUSD distributes dollars to schools, ignoring whether they serve high or low shares of low-income children,” said Bruce Fuller, UC Berkeley professor and the study’s director.

LA Unified task force says ‘Hard Choices’ must be made

Also Tuesday, the LA Unified School District Advisory Task Force released its fourth report, titled “Hard Choices,” which also calls on the district to create a budget focused on students’ needs rather than just balancing numbers, and with real input from the community.

The task force presented its report at Tuesday afternoon’s school board meeting.

“There are hard choices ahead, and the intention of the report is to be truth-tellers, raise the tough questions about how the district will develop a long-term plan that outlines investments, not just about dollars and cents but about impact on students’ learning,” task force co-chair Wendy Greuel said.

The volunteer and independent task force examined student learning, workforce, and equity in funding in light of the financial crisis faced by the district, which could lead to bankruptcy in the next two years, even with this year’s $548-million surplus. But Greuel says that can be addressed at the same time the district makes strategic and intentional decisions to improve student academic performance.

“The district will have a deficit of $400 million by school year 2020-21, so we cannot wait to address that issue because we know we don’t see an increase of the revenue and the LCFF (the state’s Local Control Funding Formula) is not projected to increase going forward,” Greuel said Monday during a media conference call.

“It’s really about reconnecting resources and choices that strengthen student learning, not just about reducing costs.”

The task force’s report was conducted in collaboration with data analysis organization Education Resource Strategies, which developed comparative data analyses from other districts including Oakland and Denver, which can inform LA Unified on how to allocate money where the impact can be greater, like early instruction and literacy, and professional development for teachers and school administrators.

Joe McKown, a partner at Education Resource Strategies, told board members Tuesday that their research found that LA Unified’s benefits investments are high compared to other districts, that the criteria for those increases don’t necessarily reinforce district strategies, the school day is short in comparison to other districts, teachers have less time for collaboration as professionals, and the district invests more in administration.

He recommended revising health and welfare benefits, as LA Unified’s “investment is higher on a per person basis than in the peer districts we studied. There is a broader set of people getting benefits, and the benefits are more costly.”

The report also found that “LA Unified’s principals are changing schools on average every two to three years and district teachers devote limited time to professional development with no time set aside for peer-to-peer collaboration and only 2.9 days per year devoted to professional learning.”

The report recommends doubling the current investment in English and math instruction and literacy for specific grades such as third grade, as research shows that third-grade reading proficiency is crucial for continued academic success. It also recommended more overall investment in instruction for all grades including transitional kindergarten and in after-school and sports programs.

The task force’s goal, said Janelle Erickson, its executive director, is that the board considers the findings and the data in the report to generate more transparency on the budget by connecting allocation of resources to how that can impact student achievement.

After the presentation, LA Unified Superintendent Austin Beutner welcomed the recommendations and said he expects the board to reconvene in September with a plan. Beutner was co-chair of the task force before being elected superintendent last month. Tuesday was Beutner’s first board meeting.

The task force report “happens to coincide with the United Way and CLASS coalition report,” Beutner said. “Together they identify a series of challenges the district must address.”

Beutner echoed Greuel, who said warnings to the district about its eroding finances have been presented multiple times since 2004. “The rate of increase for health care costs has exceeded the increase of revenues for this district for 20 years,” he said.

“The budget deficit, structural or otherwise, is large and growing,” he added. “Unless something does change … students and communities will be harmed.”

He called LA Unified a “top-down organization” and said, “We need to immediately design an organization that puts appropriate resources at the schools. That’s upside down of what we have today.”

He added, “The debate should no longer be about whether these challenges exist but how we can work together to solve them.”

Nick Melvoin, the board’s vice president, said the report presents an opportunity for the board to have a conversation on the district’s values and to develop a plan of action. “This presents a new way we can stretch dollars more efficiently and have a better return on investment. I expect we will have a plan in the coming weeks or months, not in years from now.”

Board member Richard Vladovic called for a September meeting to address the issues raised in the report. “We’ve had a series of reports and we’ve never really followed any of them.”

Board President Monica Garcia welcomed the report and acknowledged that hard choices need to be made. “Whatever celebrations are happening” in the district, she said, “there are kids being left out of that success.”

According to the United Way study, LA Unified each year receives about $1 billion in new funding under the Local Control Funding Formula legislation to support disadvantaged students, including those living in poverty, in the foster care system, and English learners, but the district spreads funding evenly among low-income and middle-class schools, which is not aligned with the state’s goal of closing racial and economic disparities in student achievement.

“The intent of the Local Control Funding Formula was to ensure that the schools serving our most vulnerable students receive additional funding to support academic and enrichment learning,” said Elise Buik, president and CEO of the United Way of Greater Los Angeles. “This report highlights that this is not happening, and students are struggling as a result. It’s time our educational leaders in Los Angeles Unified School District invest strategically and equitably to close the opportunity gaps for all students.”

The fourth annual report card of how LA Unified implements school finance and related reforms was developed by United Way along with the 70-group Communities for Los Angeles School Success coalition (CLASS).

What was highlighted as positive is how LA Unified has been directing the most dollars per pupil to high schools serving large concentrations of disadvantaged students, enabling more of these students to access the A-G college prep courses.

But overall, the concern remains as the outcomes don’t reflect the increase in per-pupil spending. LA Unified student proficiency rates on state tests had almost no increase for the past two years.

Last year’s test results showed that less than half — 40 percent — of them met or exceeded standards in English language arts. Only 30 percent did so in math.

The district’s per-pupil budget has climbed from about $9,400 in the year before the 2008 recession to $13,200 in inflation-adjusted dollars, a 40 percent jump in total spending, according to the study.

In order to better serve families with quality and equitable services, the United Way study recommends the district focus in three areas: create support and interventions to underserved students, target dollars in elementary and middle schools in historically underserved communities, and work closely with parents and school site leaders to shape school-level budgets.