Listen to the Elephant

Boston Public Schools' Successful Experience with Collaboration Across the District

“This could be the game changer,” said Ann Walsh, a former Boston Public Schools (BPS) parent and board member of the Lee Academy Pilot School.

Her enthusiasm was directed at a new report on school autonomy co-authored by Education Resource Strategies (ERS) and the Center for Collaborative Education (CCE), released by The Boston Foundation to a crowd of several hundred in early June. The report has already begun to change the education conversation in Boston, with lively public discussions of the relationship between school autonomy and student learning, as well as the role of accountability systems in a world of increased autonomy.

But there’s another story behind the school autonomy research—the story of how the district and its non-profit partners approached a complicated and sometimes contentious issue in an honest and collaborative way.

In many ways, BPS has reached a tipping point regarding its school portfolio. Autonomous schools have grown in number and variety since the first few pilot schools in the 1990s, and 31% of students now attend five types of autonomous schools, each with their own rules and regulations. With this number of schools enjoying greater hiring, budget, and schedule flexibility, there have been some unintended negative consequences on the resources available to traditional schools, as well as some confusion over how autonomies apply to different schools.

Rather than mandating reforms from the top, Interim Superintendent John McDonough looked to leaders from the field. He tapped Dr. Linda Nathan, a principal with decades of experience in BPS who was the founder or leader of two of the district’s most successful pilots, and was instrumental in the creation of pilot schools in the 1990s. As a respected community leader who mentors dozens of principals, Dr. Nathan was able to recruit school leaders who were unafraid to speak their minds and open to collaborating with other school and central office leaders toward a common goal. She painstakingly built a Cross-Functional team of 30—half from Central Office, and half from schools—to take on the difficult conversations required to resolve tensions in the system and propose a new district-wide vision for school autonomy.

Elephants in the room

The team met seven times over the 2013-2014 school year, with ERS Manager and Head of Strategic Initiatives David Rosenberg facilitating the Friday afternoon conversations. After collectively agreeing on norms for respectful and open dialogue, David encouraged the team to call out “the elephants in the room,” including perceptions that some Central Office staff did not respect schools’ officially sanctioned autonomies, or the disadvantages traditional school leaders felt next to their autonomous counterparts. Mary Driscoll, Principal of the Edison K-8 School in Brighton—a traditional school—described the feeling in her remarks at the TBF report release event: “In the beginning, the elephant was in the room, and you know, I think it was the first time that pilot schools, innovation schools and non-autonomous school leaders were called to the table to have this conversation. And there was a little bit of awkwardness at first, but it was really important to acknowledge that and get past it.”

Participants also welcomed the chance to bridge the divide between schools and Central Office: “Most of my work is in my office, but I like coming to a school, engaging with school leaders,” BPS Chief Financial Officer, Don Kennedy, has said about the experience. “It’s a shift in the energy I have when I come here.”

Thinking as a system of schools

Participating in the Cross-Functional group allowed principals to think about how inter-school dynamics affect all 57,000 students in the system. As Principal Driscoll said at the TBF forum, “It can’t just be me only looking out for the Edison, and trying to muster all the resources to make sure everything’s fine at the Edison, because in doing that, potentially I could be having a negative impact on Jackson Mann, or on the Gardner, or on another school close by.”  Individual schools’ choices about resource use can affect other schools in unexpected ways—for example, extending the school day at one school could require changes to bus routes, affecting start and end times at other schools. 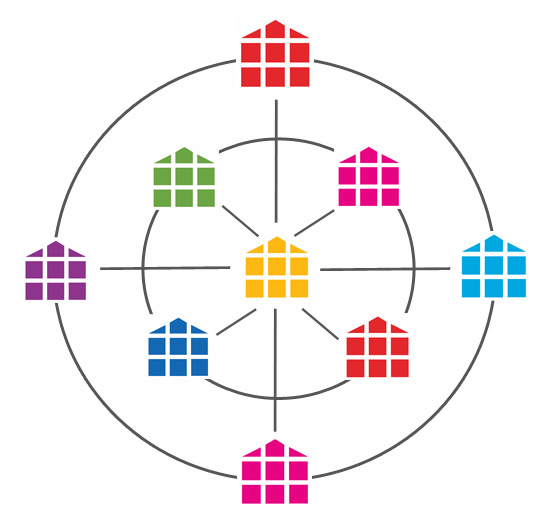 School leaders also came to better understand the constraints of Central Office leaders responsible for city, state, and federal compliance amid big budget cuts. Beatriz Zapater, principal of the Boston Day and Evening Academy, a Horace Mann Charter school, reflected on the experience: “It was my first opportunity to talk to district leaders, to try taking off my BDEA hat and say, you’re wearing the BPS hat. You’re not just thinking as an individual school, you’re thinking system-wide. It’s a we.”

Even after the release of the report, leaders agree there is more work to be done. Many participants in the Cross-Functional team have advocated a similar approach to confronting future challenges as a system. According to Network Superintendent Mary Skipper, BPS needs “to remain nimble and constantly listen and adapt as a district--a system of schools that’s flexible enough and adaptive enough, and a group of leaders that’s willing to walk that walk.” But participants are optimistic. In the words of Mission Hill K-8 School Principal Ayla Gavins: “Given the time and place, people are willing to work together.”