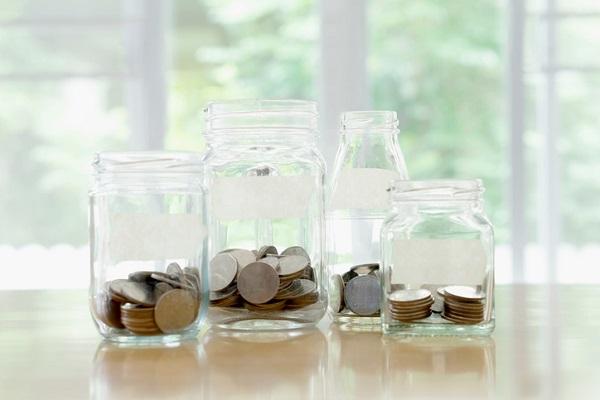 This article was originally published on the Thomas B. Fordham Institute's EdExcellence website as Student-based Budgeting in the Buckeye State.

Weighted student funding, also known as student-based budgeting (SBB), is a funding mechanism that aims to allocate school resources more equitably. Rather than having districts fund schools based on staffing and resource needs, SBB requires districts to provide a base amount to each school for each student and then adds supplemental funding based on student characteristics such as poverty, disability, limited English proficiency, or academic proficiency. Transitioning to a SBB model doesn’t necessarily give schools more money—it just changes how school leaders are able to use allocated money. (For more information on SBB, see here, here and here.)

Two of the biggest differences between SBB and traditional school funding formulas are flexibility and transparency. In districts that use a traditional funding model, school leaders have limited knowledge about how central offices choose to dole out funds and almost zero control over how to spend the funds they receive. School leaders in districts that use SBB models, on the other hand, can easily determine how funds are awarded and have more autonomy to direct their schools’ funds toward student needs.

To promote SBB, the federal Every Student Succeeds Act authorized a pilot program for districts interested in this type of funding. The final application window for the U.S. Department of Education’s student-centered funding pilot program officially closed on July 15. The law authorizes the department to enter into three-year agreements with up to fifty local districts to consolidate federal, state, and local funds into a weighted student funding formula that allocates resources based on the number of students within a school and their level of need. Of the five districts that applied during the initial application window, only Puerto Rico was approved.

It’s unclear whether any Ohio districts applied during the second application window. But even if there weren’t any, that doesn’t mean the Buckeye State is uninterested in student-based budgeting. In fact, Ohio already has districts that have implemented it. Take, for instance, the Cleveland Metropolitan School District (CMSD): When the Cleveland Plan was adopted back in 2012, district leaders aimed to transform that city’s schools into a portfolio district that would use a “pupil-based funding” model. Specifically, the plan proposed “transferring a majority of spending control to schools based on the number and needs of the students they enroll.” Selected schools would be able to “spend the funds they receive as they see fit to advance student learning and manage and operate a successful school.”

To implement it, the district partnered with Education Resource Strategies (ERS), a non-profit that works with some of the largest urban school systems in the country. ERS has a long history of working with SBB, including partnering with districts like Memphis, Atlanta, Indianapolis, and Cincinnati. Its work with Cleveland included designing and implementing a SBB model, as well as training and coaching for two cohorts of schools.

CMSD chose to pilot budget flexibility with nine high-performing schools during the 2013–14 school year, but student-based budgeting is now the norm for everybody: The district’s 2016–17 budget book clearly states that each school receives the majority of its funding via the student-based budgeting model. Each year, school budgets are adjusted to reflect each school’s enrollment (which can increase or decrease due to student mobility or school choice) and their students’ needs (additional funds are allocated based on students with gifted and special education needs, English language learners, and students with high mobility, low attendance, or low reading skills.)

As promised by the Cleveland Plan, principals control the majority of their school’s budget so that they can align spending with students’ actual needs. So far, SBB has led to some significant changes: The most recent Cleveland Plan Performance Report states that nearly 50 percent of the district’s budget is now controlled by principals, compared to only 14 percent back in 2013. In addition, 71 percent of school budgets are controlled by principals, compared to a measly 1.8 percent back in 2013.

Though ERS’s student-based budgeting work with CMSD is over, the organization has identified seven success factors that other Ohio districts could learn from as they explore the possibility of implementing a model similar to Cleveland’s. Below is a brief overview of three of ERS’s most significant findings.

Academic and school-support leaders should be in charge

Traditional organizational charts would seem to dictate that districts put their finance departments in charge of student-based budgeting. Based on Cleveland’s experience, however, that’s exactly what districts shouldn’t do. When CMSD placed SBB implementation in the hands of the CFO’s office, school supervisors—administrators responsible for supporting school leaders—weren’t included in the SBB planning efforts. As a result, supervisors reported feeling unprepared to help principals implement the new model effectively. Even worse, the district was in danger of failing to connect the new budget flexibilities with school-level academic needs—the entire point of switching to SBB. Wisely, CMSD made the decision to change course and put a member of their academic team, rather than the finance office, in charge of directing SBB and preparing supervisors to support principals. By treating SBB as an academic reform instead of just another budgeting process, the district was able to ensure that principals had access to flexibilities that were actually useful and meaningful, and that school supervisors were adequately trained to support them.

Under SBB, there are two types of funds allocated to schools: locked funds, which are still under the control of central office; and unlocked funds, which are available for principals to spend how they choose. While it’s tempting for districts to quickly unlock as many funds as possible, it’s better to be more strategic. CMSD, for instance, chose not to unlock special education funding. Because special education services are strictly governed by students’ Individualized Education Plans and state and federal policy, principals would have had very little flexibility while shouldering all of the responsibility. Instead, the district opted to give principals control over instructional staffing and scheduling. This allowed principals to choose (with some limitations) the number and type of instructional positions at their school and the length of the school day. These choices directly impacted specific students, including those with special needs.

SBB requires giving school leaders a significant amount of autonomy, but it’s important for districts to also have clear accountability measures in place. CMSD, for instance, created “Network Support Teams” made up of representatives from several departments (including budgeting, human resources, special education, and academics) to support principals as they crafted their school plans and budgets. Their feedback to principals extended beyond the kind of compliance checks that most central offices use. Teams were responsible for determining whether a principal’s plan effectively addressed the school’s needs and priority areas, as well as making recommendations for improvements. Principals reported that Network Support Teams were the most helpful form of support they received while developing their school plans.

Cleveland’s initial implementation of the student-based budgeting model wasn’t perfect, but the district got a lot of things right. And other districts that are interested in following in its footsteps (or districts that have won a spot in the federal pilot) should consider Cleveland’s experience. SBB requires significant changes, so it’s not for the faint of heart. But for districts with flat, or even falling, budgets, it could be the key to improving student outcomes and achieving a more equitable funding system.

Jessican Poiner is an education policy analyst in the Fordham Institute’s Columbus office. She was a 2011 Teach For America corps member who worked and taught in Shelby County Schools and the Achievement School District.