WATERTOWN, Mass. (September 7, 2021) — Education Resource Strategies is pleased to announce that Drs. Angela King Smith and Ventura Rodríguez, Jr., are joining the nonprofit organization as partners, leading consulting teams that work with schools, districts, and states nationwide to align K-12 educational resources in ways that drive both equity and excellence for every student they serve. 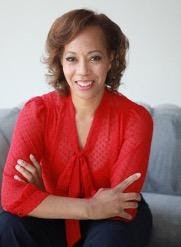 Angela King Smith brings more than 20 years of education leadership experience to ERS. As chief strategy officer for Atlanta Public Schools, she led the development and execution of the district’s strategic plan and other transformational efforts. She started in the district as a teacher in 2003 and subsequently took on other strategic roles, engaging colleagues and community in solving tough challenges and building a motivating workplace culture to help the district achieve its goals.

Previously, King Smith was a business consultant at the North Highland Company and Accenture, advising corporations and large nonprofit organizations in the areas of transformation, strategy, change management, and organizational effectiveness. She earned a doctorate in learning, leadership and organizational development at the University of Georgia, a master’s in business administration at Clark Atlanta University, and a bachelor’s in business administration at the University of Tennessee-Knoxville.

Ventura Rodríguez, Jr., has spent more than two decades focused on balancing academic achievement and whole-child development as a teacher, principal, and school-system administrator, developing deep understanding of ways to drive racial equity and system and school turnaround. While serving in several capacities at the Massachusetts Department of Elementary and Secondary Education — most recently as senior associate commissioner — he led the design of the state’s strategy to diversify the educator workforce statewide and advance racial equity within the DESE, partnering with stakeholders to pilot evidence-based programming for underserved students, and directed DESE’s assistance strategy to strengthen the state’s lowest performing schools and districts.

Rodríguez earned his doctor of education leadership at Harvard Graduate School of Education, a master’s in education at San Francisco State University, and a bachelor’s in history at University of San Francisco.

“These two inspiring leaders join ERS at a pivotal moment in K-12 education," said Karen Hawley Miles, chief executive officer of Education Resource Strategies. “COVID-19 has created urgent academic and social-emotional needs for every child and exacerbated inequities that existed pre-pandemic. At the same time, the need to rapidly change the 'way we do school' has opened the door to transformation, and the infusion of federal dollars — particularly for the districts with the highest concentrations of student poverty — creates a historic moment. Angela and Ventura will accelerate and strengthen our ability to help district and school leaders create strategy, spending, and school designs that take a 'do now' approach to recovery that reaches every child as they build a longer-term vision that can be sustained.”