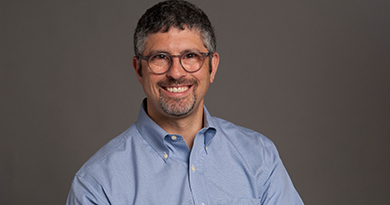 David provides strategic counsel to leaders of the large urban school districts with which ERS partners, including most recently Shelby County (TN), Indianapolis, Hartford, and Holyoke (MA). He is a co-author, with Karen Hawley Miles and Genevieve Green, of Igniting the Learning Engine, a study of how the most effective systems organize to enable strategic professional learning, and served on the transition team for Boston Public Schools Superintendent Tommy Chang. David also leads ERS’ Human Capital Practice and oversees professional development for ERS’ consulting Analysts and Associates.

From 2007 to 2013, David served as Vice President, Insights & Digital at Teach For America. In this role, David led the organization’s market research and online media efforts, including websites, social media, video and mobile. Previously, David created and executed marketing campaigns for a range of business and policy organizations; served as a consultant with McKinsey & Company; and co-founded the annual work-a-thon, Hands On DC. David is a graduate of Cornell University and Columbia Business School, where he created the welfare-to-work support organization I-PREP.

David is an avid baseball fan who has been known to squeeze in a trip to the ballpark during business trips and vacations. He is also a sometime middle-of-the-pack distance runner, having completed ten half-marathons and three marathons since 2007. When he’s not at the ballpark or out for a run, you can often find David with his wife and two kids baking at home in Cambridge, MA, playing in their yard, or on the road visiting old friends and new places.