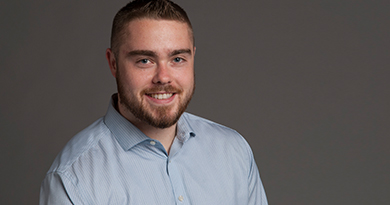 Nick reviews and enters expense reports and organizes, reviews, and reconciles invoices for accounts payable. He also cuts checks for the expense reports and invoices that need to be paid out. Recently, Nick took over the contract process and has been working closely with districts and partners along with Noah Carp to finalize these contracts in order to do our good work.

Prior to joining ERS, Nick was a full time student at Saint Anselm College. He worked two internships: one at Single Digits, Inc., and one at a program called VITA tax where he performed tax returns for people who made less than $60,000 a year. He also worked summers as an assistant project manager at his uncle’s HVAC company (Pinnacle Piping and Service Corp).

Nick likes to hang out with friends, play pick up sports, hike, ski, and camp in the white mountains. He also enjoys hanging by any lake or ocean, playing video games, watching t.v. and movies, and he even started boxing last summer. In early 2018, Nick started to study for the CPA in early 2018 and will be working his way through the four tests over the next year.