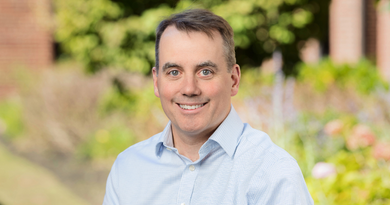 As Associate Director, Leadership Development, Oliver currently works with the Aspen, Consortium, California, and Texas CFO Strategy Networks. Oliver also explores diverse ways to support finance leaders by expanding the Leadership Development offerings. ERS’ Leadership Development team builds the knowledge and skills of current and future system leaders to implement strategies that accelerate learning for all kids, so every school succeeds for every child, no matter their race or income.

Prior to joining ERS, Oliver was the Interim Executive Director and Chief Operations Officer of the Academy of the Pacific Rim Charter Public School in Hyde Park, MA. Oliver’s career in education began as an operational leader in a variety of roles at Roxbury Prep Charter School, part of Uncommon Schools. Before entering education, he owned a general contracting business and worked in international development in Ukraine. Oliver graduated from Middlebury College with a B.A. in Russian and East European Area Studies and earned his M.B.A from the University of Chicago Booth School of Business.

Outside of work you can find Oliver spending as much time as possible with his wife, son, and daughter. He is an avid runner who has completed numerous marathons and ultra-marathons. After many years as a Scout leader supporting his son, he is now attempting to hike all forty-eight 4,000-foot peaks in the White Mountains of New Hampshire with his daughter. Between big adventures, he enjoys cooking something new, grilling (no matter the weather) and cheering on Kansas City sports teams.