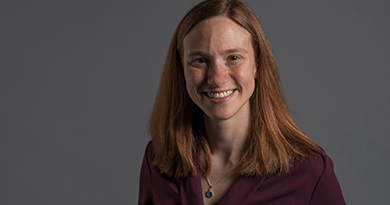 Renée is the Senior Communications Specialist in Strategy and Operations on the Communications team. She brings an analytical and consulting mindset to our communications and outreach efforts. Her role spans a range of work, from supporting events like the ERS-Aspen CFO Network and the ERS Budget Partner Retreats, to leading cohorts of districts through conversations around resource equity in context of per-pupil expenditure reporting (as part of the Every Student Succeeds Act), to building the communication team’s analytic muscle and finding ways to understand - and react to - our audience’s behavior using existing (or defining new) data in Salesforce, Google Analytics, and HubSpot.

Initially, Renée joined ERS as an Education Pioneers Analyst Fellow on the consulting team. She worked with Indianapolis, New York City, and a variety of districts in Tennessee who sought support with compensation reform on various levels. In 2014-15, Renée worked with the Syracuse City School District as part of the New York team, looking at how resources - people, time, technology, and money - were used in eight districts across the state.

Prior to joining ERS, Renée worked at PTC Inc., a product lifecycle management company in Needham, MA. As a business analyst, she was responsible for the implementation of and enhancements to marketing automation and collaboration tools. Renée previously taught high school math in San Jose, CA with Teach for America where she served as the advisor to the senior class and tutored in the learning center after school.

When she’s not at ERS, Renée loves running, backpacking, biking, and snowshoeing. Her most epic adventure took her and her husband to Gates of the Arctic National Park in Alaska where she successfully managed to avoid confrontation with grizzlies and found new ways to combine peanut butter with ramen.