When Anthony Soto became the Superintendent of Holyoke Public Schools (HPS) in July 2021, after working within the district since 2016, he wanted to better understand the district’s needs and chart a path forward that built trust with all community stakeholders.

HPS—which serves around 5,150 students within a community of just over 40,000 residents—had been in state receivership since 2015. The district was on its third Superintendent in 12 months and was working to bring students back to school during the COVID-19 pandemic. To overcome these challenges, HPS set an ambitious goal of uniting its 12 schools and entire community around a refreshed strategic plan that would serve as an urgent call to action to improve student experiences and outcomes.

A Holyoke native himself, Soto invited students, families, staff, and community members to be a part of a holistic strategic planning process that built upon a year of entry planning and community engagement efforts. By using the strategic planning framework that Education Resource Strategies (ERS) created and engaging in ERS-facilitated discussions, the district was able to identify a bold new mission and guiding vision for what HPS wanted to become. They crafted a roadmap that took a Do Now, Build Toward approach for achieving district-wide transformation.

Throughout the process, Soto and other HPS leaders adopted the motto “nothing about us, without us, is for us” as a reminder of the critical importance of including the entire community in the discussion. 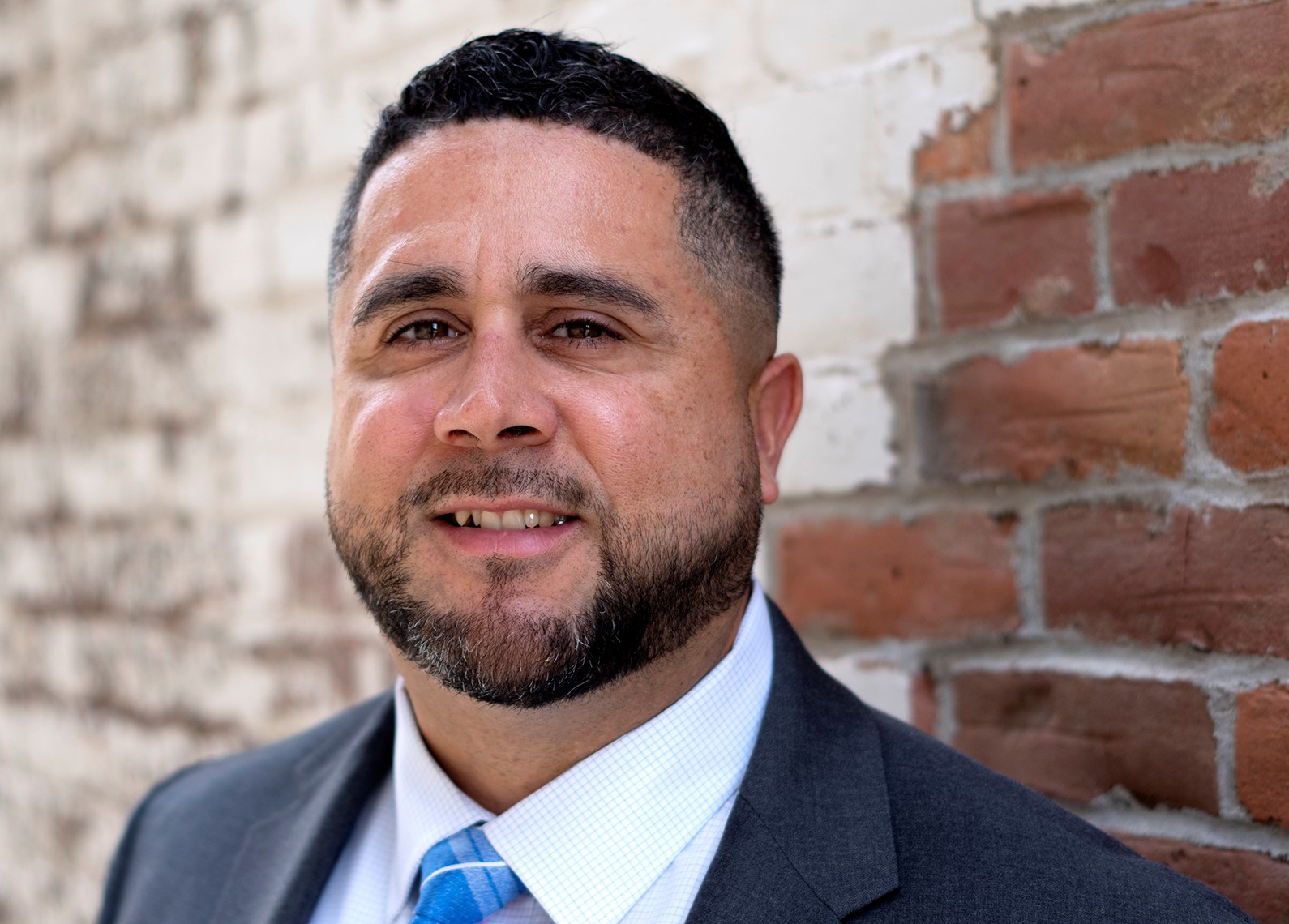 HPS’s initial approach to strategic planning was similar to how other districts often address this challenge, which typically starts with determining a high-level timeline, deciding how to gather community input, and creating teams to help produce the best possible plan.

But while many districts often struggle to execute a planning process that fosters widespread community buy-in, HPS leaders were able to design for equitable, long-lasting engagement. They embedded the community directly and authentically in the work to create full alignment and a bold plan that will guide them over the next few years.

Much of HPS’ strategic planning success was due to the fact that they drew on their already-existing strengths: valuing the community and being adaptable. They used these culture-based strengths—and pushed themselves out of their comfort zones when needed—to employ three factors that led them to success.

“This isn’t my plan. This is our plan.” — Superintendent Soto

Bringing in hundreds of stakeholder perspectives had the potential to be an unwieldy, complex process. That’s why district leaders and ERS built a strong infrastructure that fostered strategic conversations and intentional collaboration.

District leaders invited students, families, educators, school staff, leaders, and community members to apply to sit on planning committees. They selected members based on areas of expertise, school affiliation, and role, ensuring they prioritized Holyoke community members and had an inclusive balance of genders, ages, and races. Ultimately, they formed two committees to connect with the community and align on the plan’s main goals:

As a part of the strategic planning process, the two committees engaged hundreds of community members, including teachers, principals, staff members, students, family members, and community members. They conducted a community survey, hosted three feedback sessions, and organized and incorporated community input into what became the plan.

From the start, Soto and the HPS team, partnering with ERS, approached this work through a collaborative mindset. As the district’s new superintendent, Soto focused on being an active participant in this community-led work, engaging the senior steering committee to steward the work along. ERS facilitated conversations with both teams by providing insights and materials for small- and large-group discussions among senior leadership.

What’s more, the district was committed to making their community-engagement processes as inclusive and equitable as possible. The district is home to an ethnically diverse community of families, so to ensure everyone was included, HPS:

ERS led a strategic planning process that valued dialogue over checking boxes. By focusing on major transformational areas, teams were able to iterate on ideas and discuss different possibilities, ultimately leading to a unified, shared vision.

Over the course of multiple discussion sessions and surveys, for example, the team passionately debated whether they should include the term “college” in their mission statement—would that language provide students with something to strive for? Would it be discouraging for students who took different post-graduation paths? Would it devalue military or trade careers? After much debate, the community ultimately compromised on stating that HPS prepared graduating students “for life, career, and college.”

By taking the time to facilitate dialogue around this small, but meaningful, choice, HPS honored the voices of the community rather than rushing the process along an arbitrary timeline. ERS served as a critical thought partner during this important discussion, helping the district contemplate the implications of their conversations around shared vision, goals, and future direction.

“I really enjoyed working with such a diverse group of people who were very committed to creating a strategic plan that is ambitious and puts kids first.” — Advisory Committee Member

To create a unified understanding of the district’s core challenges and priorities, HPS built upon the learnings from Soto’s extensive five-month entry planning work, where he and his team conducted a series of classroom visits, focus groups, and surveys to engage more than 650 students and families and nearly 500 HPS staff members. This critical work enabled them to build trust with the community, determine improvement areas, and analyze student performance challenges and inequities. Soto and HPS leaders used this information to develop a research-backed framework that allowed them to home in on when, where, and how to engage the community.

This prework created an essential foundation for identifying and prioritizing key areas for district focus in the strategic plan:

When HPS leaders shared these proposed priorities with the community, they also provided the analyses and initial feedback that informed these priorities. This helped everyone get a clear picture of where the district was and where they needed to go.

Additionally, Erin Linville, HPS’ Chief of Strategy and Turnaround since 2015, played a key role in ensuring that the entire process remained steeped in research and the district's identified core focus areas. With a robust background in strategic education consulting and systems-level transformation, Linville was instrumental in seeing the full landscape of the work, bridging various stakeholder perspectives, and using district data to create a shared fact base that everyone agreed upon.

Linville integrated the learnings from the entry planning exercise into the strategic planning process to ensure they were top of mind as the community began their work. As district leaders engaged the community, she was also able to marry families’ perspectives about their own children’s needs with best practices for district-wide improvement. 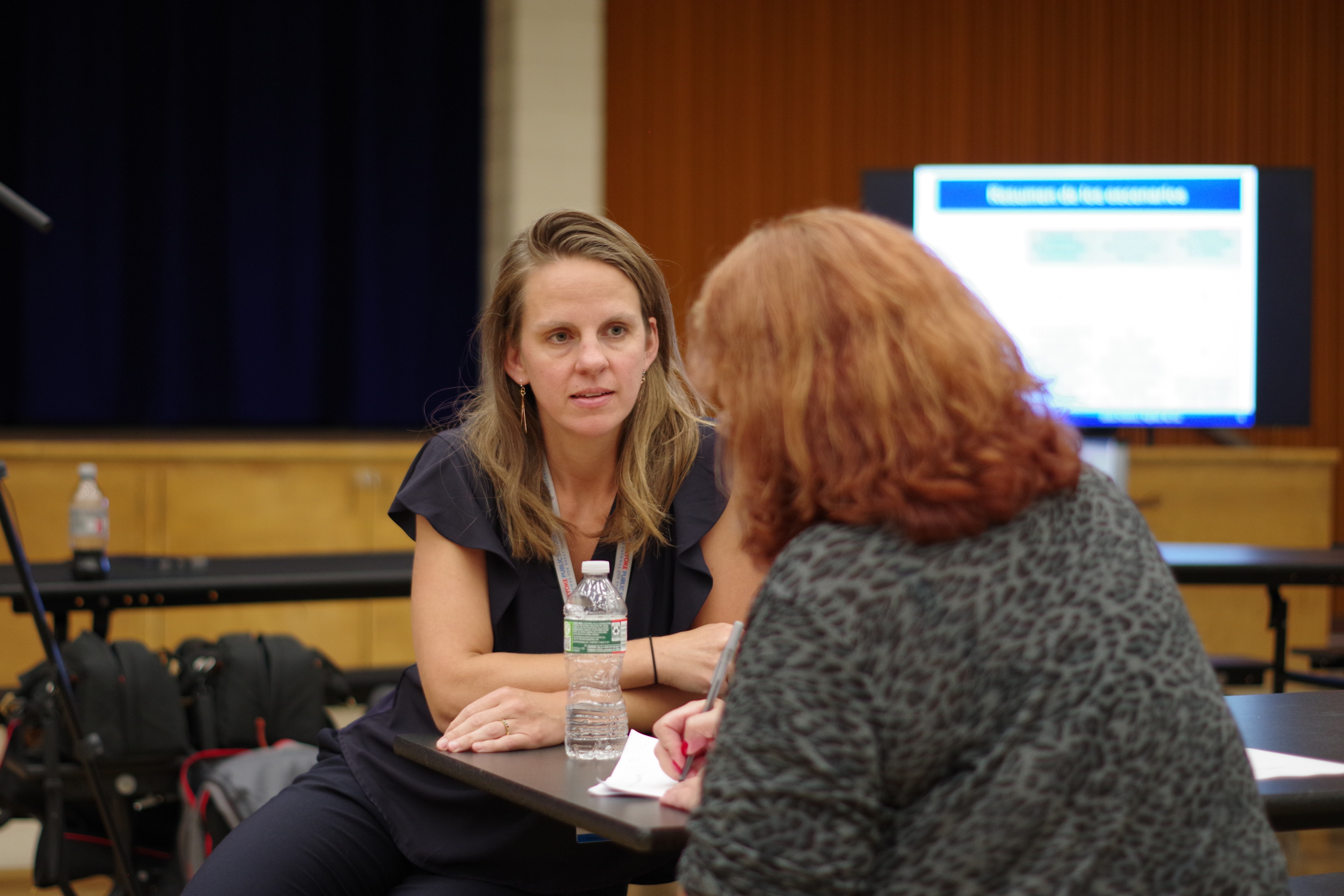 With this revised framework in hand, Linville and ERS met regularly to scope community sessions, incorporate committee feedback into the draft plan, and review key strategies for the plan. All of this behind-the-scenes work enabled the district to put the right questions in front of the community, identify shared themes from the input they received, and integrate them into the work to guide the next community session and inform the overarching plan.

“These plans reflect our best thinking and planning to date, but we will engage in a process of reflection, data analysis, monitoring, and continuous learning in order to make sure our strategies have the intended impact.” — HPS 2022 Strategic Plan

Strategic planning processes are almost always depicted linearly, where teams move in orderly fashion from one step to the next. But it never quite works out that way in reality.

While many districts that engage in strategic planning find themselves tethered to existing processes and plans, HPS took a different approach: They determined whether the plan was in line with what they currently needed, rather than what they originally thought they would need. As new information and feedback arose from the community, they revisited their plans, always keeping an open mind focused on student, staff, and district needs.

For example, Soto and the community revised these elements:

Willing to revise their thinking for the betterment of the district, Soto and team were able to ensure their plan best suited the district’s current needs and set them up for the biggest impact later on. And they remain dedicated to this iterative process, hosting both quarterly data retreats to analyze performance against benchmarks and a spring 2023 session where advisory committee members can provide feedback on the progress achieved in the plan’s first year.

What HPS' Plan Is Building Toward

HPS leaders successfully completed a holistic strategic planning process—one that truly engaged the community in co-creating the vision for the district’s future. Their new tagline, “Juntos Podemos! Together we can!,” exemplifies their approach and highlights the heritage of the student body, which is about 80% Latinx.

The end-of-project survey also underscored their commitment to inclusion: 100% of steering committee members agreed or strongly agreed that they felt good about the initiative maps they created with ERS's support. One hundred percent of advisory committee members also felt that the plan sets Holyoke in the right direction for the next three years.

For any district, strategic planning is just the start. The biggest challenges lie ahead for HPS, as the district must now act on these plans to turn around student achievement and increase student enrollment and retention over the next three years. But no matter what the future holds, the district's commitment to engaging its community and its willingness to adapt as needs evolve provides a solid foundation to build from. 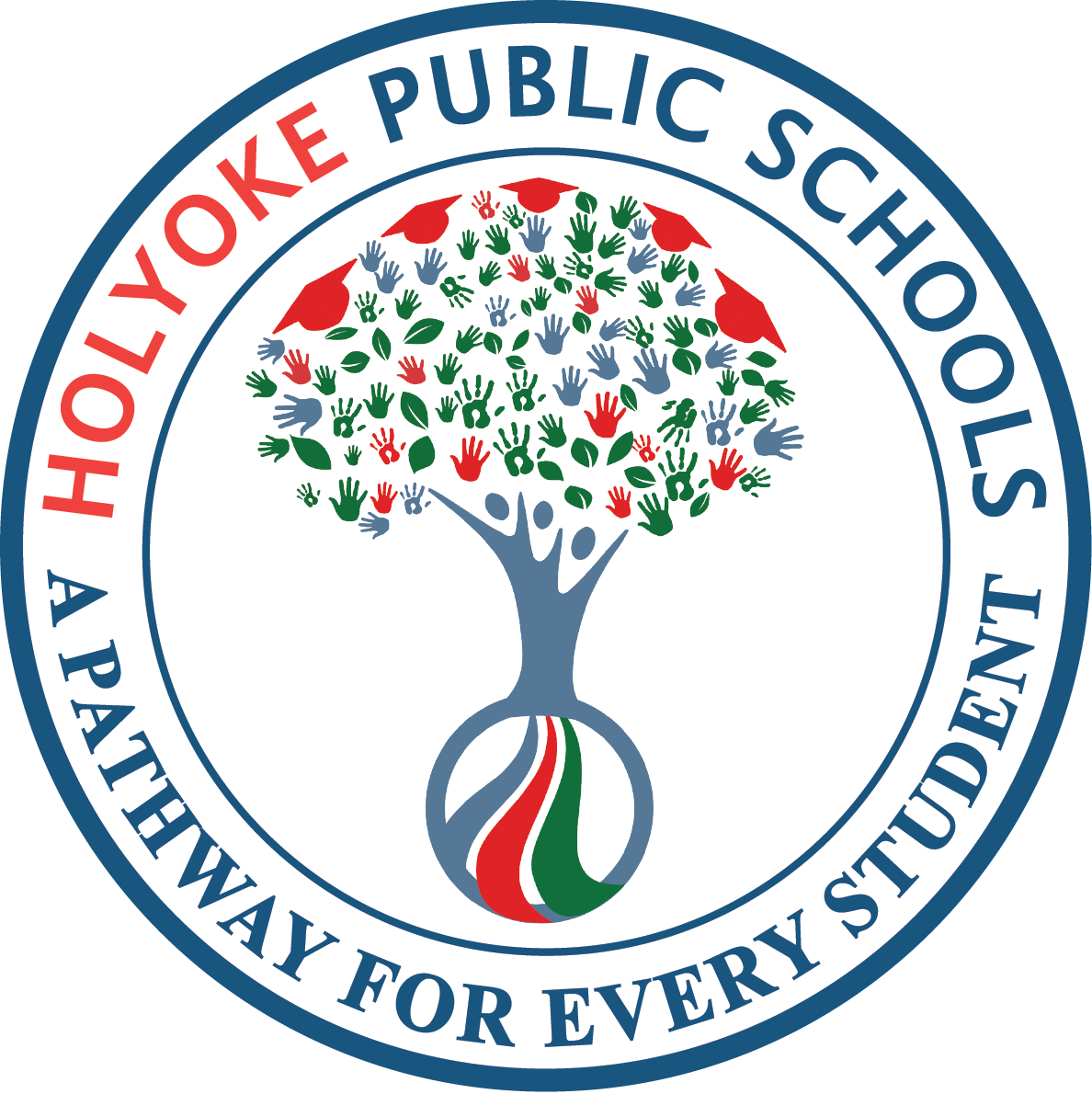