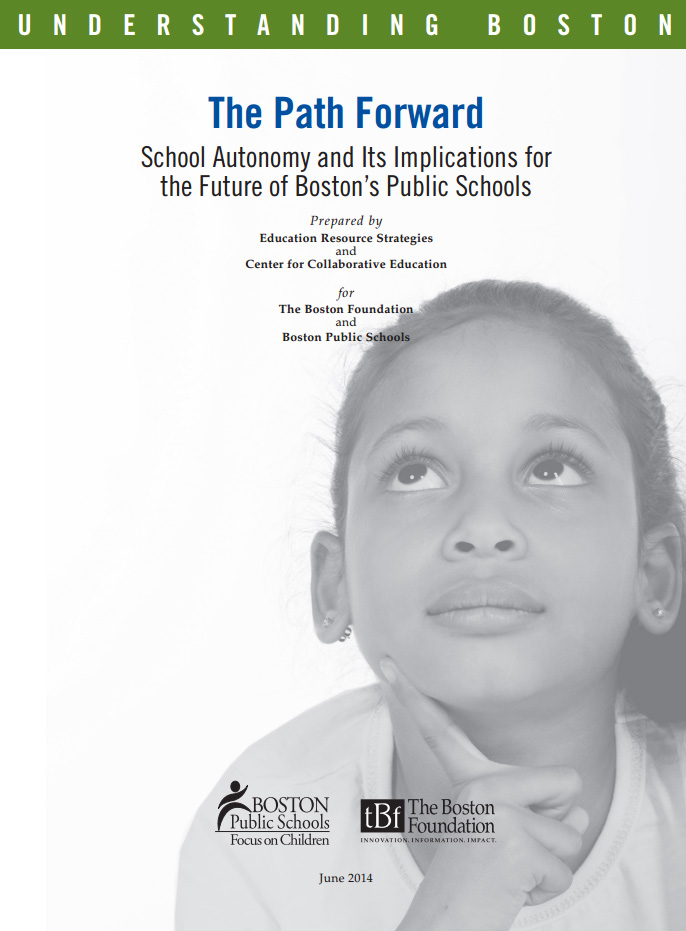 This report shows that autonomous schools within the Boston Public Schools are finding popular and academic success, but that substantial hurdles must be overcome for the district to establish a fully developed system for all the schools. Prepared by Education Resource Strategies and the Center for Collaborative Education at the request of the Boston Public Schools (BPS), and with the support of the Boston Foundation, the report was released June 3, 2014 at an Understanding Boston forum at The Boston Foundation.

Researchers explored the effects of current school autonomy structures on Boston's public school operations and leadership, and looked at case studies from five other U.S. cities to lay out seven recommendations for expanding autonomies that can strategically allocate resources, scale innovation, and empower school leaders to improve equity and student performance throughout the district.

The Path Forward: School Autonomy and Its Implications for the Future of Boston's Public Schools (PDF)

Watch the June 3, 2014 forum on the report, which was hosted by The Boston Foundation. You can also view a PowerPoint presentation about the report.

The research for this report included working with a cross-functional team from the Boston Public Schools. This video pulls together some of their thinking about the study:

This report was also the subject of a Boston Globe article titled, "Report backs autonomy for schools in Boston."